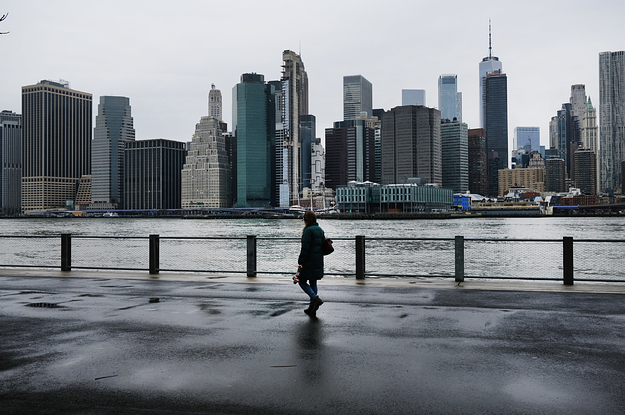 “So now we come to New York City, the incomparable, the brilliant star city of cities,” begins a chapter in a 1946 survey of the country called Inside U.S.A.

Here in the star city of cities, as the coronavirus pandemic continues, the sound of sirens is way up. But sirens are, also, one of the few things anyone hears outside anymore in New York.

The coronavirus pandemic is like an invisible natural disaster happened — a situation where, weirdly, the physical world remains unchanged, but inside hospitals and homes, people suffer terribly, and stunning economic destruction takes place. As the weeks have progressed, however, there has been a physical change here, even if the sun still shines and daffodils still shoot up. You’ve almost definitely seen photos of various notable locations (Times Square, the bridges) suddenly devoid of people. But March has reduced the city in tangible waves, in less notable places: New York becomes quieter and quieter.

The result is bizarre and foreign, like walking through a giant false-front movie set.

Generally, the ongoing state of New York is noise: cars, bars, music up from the street, silverware clinking and gently thudding in restaurants with sidewalk tables, people spilling out of those restaurants and waiting for tables on the curb, teen crisis and romance on the subway platform, the whole thing. Like anywhere else, you catch the accompanying ambient scenes of life all the time — e.g., a father, in pristine Jordans, carefully decking out a picnic table for his daughter’s birthday party (pink tablecloth, pink plates, pink cups, pink balloons) in Brooklyn Bridge Park last summer — just with, maybe, a higher frequency of good scenes and bad scenes because of the sheer crush of humanity. But above all: the endless, glowing hum of noise.

The back of my apartment sits across from and adjacent to several other buildings; all morning, shouts from the playground on the block echo between the buildings and up through my window. But that space is silent now. There’s no music up from the street in my colleague’s neighborhood. The basketball courts in Brooklyn Bridge Park sit silent and empty on a pier in the East River.

At night, familiar blocks can carry the vibe of passing through a suburban neighborhood you’ve never been in before — minimal cars, minimal people, a nagging disorientation, buildings sapped of all their energy.

“Emptiness and absence contradict the very concept of the city,” as the New Yorker put it last week. The quiet is strange; it seems obvious to say, but you don’t know how much you miss people you don’t know until they’re not around.

“I like the noise; it helps me sleep at night,” one subject, then 11, told the Times about her Bronx neighborhood. “I feel like I know the city is still awake and protecting me.”