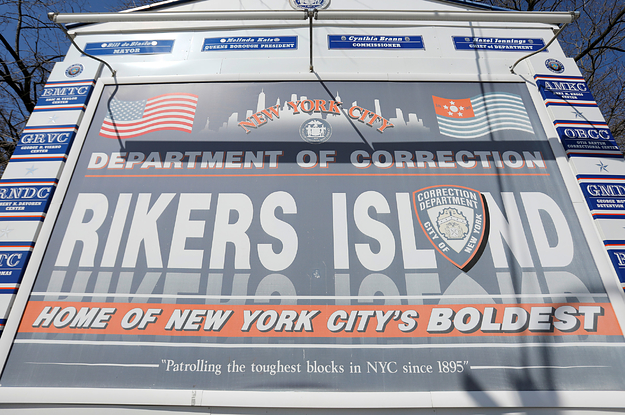 While coronavirus infections in New York City’s largest jail have skyrocketed to nearly 10 times the rate of the city’s residents overall — according to one legal organization’s analysis — a grassroots crowdfunding campaign has been bailing out the Rikers Island inmates.

The Emergency Release Fund, a group of organizers and activists in New York, has raised $18,000 since March 23 and freed five inmates in the last three days, Alex Tereshonkova, a member of the group, told BuzzFeed News on Monday. The average donation is $20.

“They haven’t been convicted of crimes,” said Tereshonkova, who pointed out that the inmates eligible for cash bail still have yet to receive a court trial. This month, New York suspended new trials indefinitely. “These people being detained are innocent until proven guilty. They have the same right to live that we do.”

Tereshonkova said inmates eligible for bail face charges ranging from parole violations, such as breaking a curfew, to more serious offenses like robberies — but they now wait in limbo, many of them sharing cells, as the virus closes in around them.

Founded in September, the Emergency Release Fund had originally focused on freeing transgender inmates, who historically have endured higher rates of violence and sexual assault behind bars. That focus has expanded during the pandemic, said Tereshonkova, to prioritize LGBTQ people and people of color, and now, to free anyone else at Rikers Island who qualifies for cash bail. “At this point, we are doing everybody.”

On Monday, news spread that Lorena Borjas, a transgender woman whose activism included ending cash bail in New York City, had died from complications from COVID-19, the disease caused by coronavirus.

Tereshonkova said that in addition to paying the inmates’ bail, the fund works to arrange lodging and transportation so they have a home upon release.

Rikers Island has 139 cases of COVID-19 among its 4,637 inmates, about 3% of the population, according to a report on Sunday from the Legal Aid Society, thereby outpacing infection rates in New York City; Wuhan, China; and Lombardi, Italy. The group has filed three lawsuits this month with moderate success to get inmates released. Meanwhile, the Washington Post reported Sunday the first inmate in the nation died of COVID-19 in Louisiana.

The New York City Department of Correction told BuzzFeed News on Monday evening that the number of cases had increased — 167 incarcerated patients and 114 personnel had tested positive for the virus.

Mayor Bill de Blasio and Gov. Andrew Cuomo separately announced that some inmates — including those with underlying conditions who face low-level charges — will be released.

But Josh Goldfein, an attorney and member of the Emergency Release Fund, told BuzzFeed News, “That still leaves thousands of people on Rikers Island, which has the highest infection rate in the world.”

“People cannot follow any social distancing guidelines if they are incarcerated — it’s just not physically possible,” he said. “It’s manifestly unfair to expose people to potentially fatal illness on that basis.”

The ACLU, a national progressive advocacy group, released poll results Monday that found 63% of registered voters support releasing “vulnerable populations” from jails and prisons to stop the spread of COVID-19.

Releasing prisoners during the pandemic has ignited some skepticism and anger. The New York Post reported that a city Department of Correction source said releasing inmates was “a disgrace to all correction officers — insane and dishonorable.” And BuzzFeed News reported on an Alabama judge who encountered furious blowback for ordering the release of some low-level offenders.