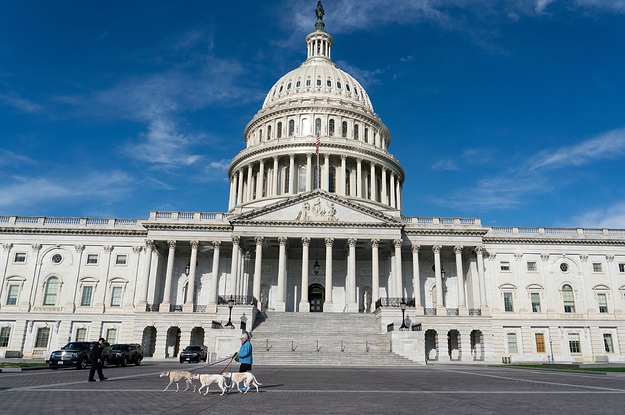 WASHINGTON — Americans will get a six-month reprieve from federal student loan payments as the coronavirus pandemic leads to job losses and economic turmoil nationwide.

As part of the coronavirus relief bill passed through Congress and signed by President Donald Trump on Friday, lenders must stop all payments for federally held student loans through Sept. 30. During that time, interest will not accrue on the loans and nonpayment during that period cannot be used to affect credit scores or a person’s qualification for loan forgiveness. According to the bill’s text, “each month for which a loan payment was suspended” will be treated as if “the borrower of the loan had made a payment.”

The bill also suspends any wage garnishment or tax refund reduction for people who have defaulted on their federal student loans. It does not, however, have any effect on private student loans, though the vast majority of the $1.64 trillion in student debt in the US is federal. Private loans made up about 12% of all education loans in 2018–2019, according to the College Board.

The student loan provisions will take effect immediately, according to a staffer on the House Education and Labor Committee. However, the staffer later confirmed that borrowers with Perkins and commercially held Federal Family Education Loans will not qualify for suspended payments. Insider Higher Education reported Friday that some 1.2 million borrowers will not qualify, though some advocacy groups believe the number is closer to 9 million.

Over the next six months, borrowers will still have the opportunity to continue making payments on their loans (such as making payments on the principal), should they choose to do so. The Department of Education had already set federal student loan interest rates at 0% for a 60-day period beginning March 20.

The House had proposed legislation that would go even further in providing relief to federal student loan borrowers but instead passed the Senate’s bill Friday in order to release $2 trillion in coronavirus relief to American individuals and businesses more quickly.

In addition to ceasing federal student loan payments and interest, the House bill would have required the Department of Education to make monthly payments for all federal student loan borrowers during the coronavirus national emergency for a minimum of $10,000 per loan. If the total monthly payments did not reach $10,000 by the end of the national emergency, the department would have been required to pay down the remainder toward the borrower’s remaining balance, the committee aide told BuzzFeed News. That provision has not passed Congress, though the House could try to pass it later on.

Congress is now in recess, and members are heading back to their districts. The Senate is not planning to return until April 20, and it’s unclear when the House will come back. But both chambers have said they are likely to pass more coronavirus relief legislation in the future, when House Democrats hope to pass at least some of the plans from their bill through both chambers.

Do you have questions you want answered? You can always get in touch. And if you’re someone who is seeing the impact of this firsthand, we’d also love to hear from you (you can reach out to us via one of our tip line channels).