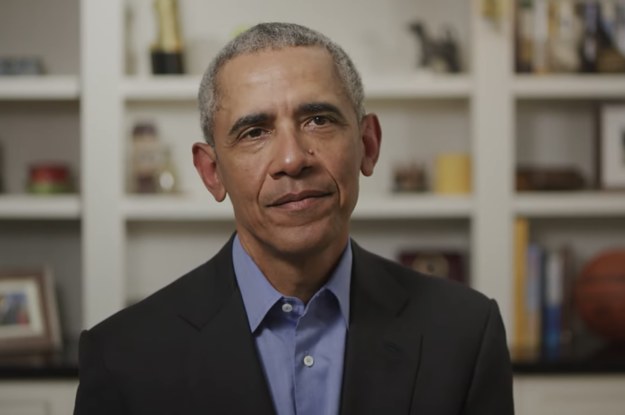 Barack Obama endorsed his former vice president Joe Biden’s presidential campaign in a nearly 12 minute address uploaded to YouTube on Tuesday morning, while acknowledging the movement that Sen. Bernie Sanders built over the course of his two presidential runs.

“I’m so proud to endorse Joe Biden for president of the United States,” Obama said near the top of his address. “Choosing Joe to be my vice president was one of the best decisions I ever made and he became a close friend. And I believe Joe has all of the qualities we need in a president right now.”

Obama recalled Biden’s work in his administration to come back from crises like the coronavirus pandemic facing America now, specifically highlighting Biden’s roles in creating and implementing programs to recover from the recession at the start of his term and his work in response to the H1N1 and ebola outbreaks.

“Joe has the character and the experience to guide us through one of our darkest times and heal us through a long recovery,” Obama said.

The Obama endorsement comes after a primary that saw nearly 30 Democrats seek the party’s presidential nomination and that was interspersed with events that have taken the spotlight off the election, including an impeachment trial and a global pandemic that has now left the general election campaign stuck in a live-streamed purgatory.

“Joe will be a better candidate for having run the gauntlet of primaries and caucuses alongside one of the most impressive Democratic fields ever. Each of our candidates were talented and decent with the track record of accomplishment, smart ideas, and serious visions for the future,” Obama said. “That’s certainly true for the candidate that made it farther than any other — Bernie Sanders.”

“Bernie is an American original,” he added. “A man who has devoted his life to giving voice to working people’s hopes, dreams, and frustrations.” He said that they both know that “nothing is more powerful than millions of voices calling for change” and that the ideas and energy he has inspired is “critical” to move the country forward.

The praise for Sanders and his movement comes less than a week after the senator ended his own presidential campaign and just a day after he appeared on a surprise live-streamed event with Biden to offer his endorsement.

Biden has moved to embrace policy suggestions from both Sanders and Warren’s campaigns in an effort to bring their voters his corner. In mid-March, while Sanders was still in the race, Biden announced over a series of tweets that he was adopting a past Sanders proposal to make universities tuition free for families who make under $125,000 (Sanders now supports free tuition for all). Biden then adopted Warren’s plan to overhaul the consumer bankruptcy system.

Some high-profile Sanders supporters, like Rep. Alexandria Ocasio-Cortez, are calling for Biden to do much more.

Biden has also made efforts to directly address Sanders supporters and spoken about their concerns over the course of his live streamed events since he became the presumptive Democratic nominee.

In his endorsement, Obama specifically called for changing the health care system by creating a public option and expanding Medicare and giving “relief” to people with “crushing student loan debt.”